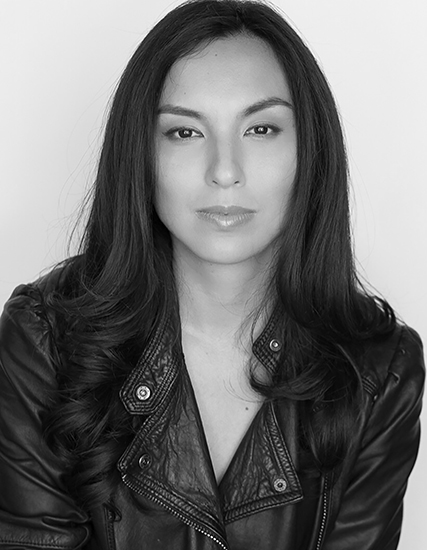 Actress. TV Host. Producer. With her Chinese-Italian background, Elizabeth is bilingual in English/Mandarin and is skilled in basic Shaolin Kung Fu and Muay Thai Boxing.

Trained at the acclaimed William Esper Studio NYC - some notable credits (Film/TV/Stage) include Fat Pig by Pangdemonium Company, where she was nominated for ‘Best Supporting Actress’ at the LIFE! Theatre Awards 2015; Cooking Without Clothes - nominated at the Asian Television Awards’10 and selected for the Shanghai Film Festival; TV Series DejaVu, Saise 2 for France Deux (Europe), MediaCorp 8 network’s high-rating Mandarin series I’m In Charge.

Not just beauty but brains - with a passion for the arts, Elizabeth co-produced artist Ho Tzu Nyen's documentary 4x4 (FreeFlow Productions) and adapted director/designer Tara Subkoff's installation Future/Perfect in Singapore after it's premiere at the Venice Biennale, Italy.

You can see Elizabeth as ‘Ling Li’ in the Boku Films horror The Faith of Anna Waters; and in the dark comedy feature Buckshot released in the US in 2017.

Elizabeth is based in Los Angeles and Singapore. She is proudly represented by FLY Entertainment.